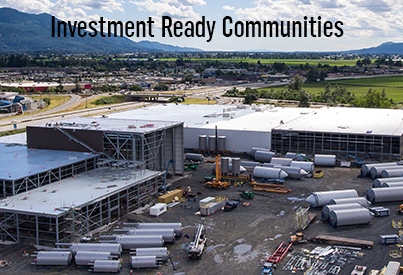 At a time when much of the world is in turmoil, the first thing to come to mind when people think of British Columbia might be quality of life: it’s a place for people who love nature, appreciate cultural diversity and value social stability. However, there’s another reason to be attracted to Canada’s West Coast: in terms of economic growth, B.C. is in a position of strength.

In fact, the province is poised to be among the leaders across the country over the next two years, according to the Conference Board of Canada. B.C.’s real gross domestic product (GDP) is expected to rise 2.6 percent in 2020.

A key contributor to the sustained growth is the province’s business investment outlook. “Construction of the LNG Canada liquefied natural gas terminal and pipeline, and the beginning of the Trans Mountain Pipeline expansion project, will keep the province’s economy humming along over the next two years,” the Conference Board of Canada noted in a recent report.

While these two giant industrial projects are certainly significant drivers, there’s much more behind B.C.’s healthy economic forecast. Other projects on the go include BC Hydro’s Site C dam, school construction and various public works projects that will further fuel an upward cycle in infrastructure spending.

The labour market, meanwhile, is a key contributing factor, with employment growth at about 2.6 percent for 2019—one of the strongest rates in the country, according to Bryan Yu, deputy chief economist at Central 1 Credit Union. That compares to a national growth rate of about 1.6 percent.

“The overall employment numbers are still fairly solid, despite some weakness in the later parts of 2019,” Yu says. “When we look at 2020, we’re still seeing positive growth emerging.”

B.C. continues to have the lowest unemployment rate in the country, averaging 4.8 percent in 2019. Employment growth is forecast to exceed 2.5 percent, with both the household Labour Force Survey and employer-based Survey of Employment, Payroll and Hours showing significant expansion.

Certain parts of the service side of the economy stand out, particularly technology, professional services and tourism.

Technology is burgeoning, with companies like Amazon expanding their operations, while homegrown organizations are upsizing, too. Relic Entertainment, an electronic gaming company, for instance, opened a new 43,000-square-foot office in Vancouver; Burnaby-based Traction on Demand, meantime, is launching a branch in Nelson.

B.C. hotels are at near record high occupancy rates. “It’s some of the highest we’ve seen in terms of data, about 80 percent for Vancouver,” Yu says.

“We’re seeing the investment cycle building up as well,” he adds. “The non-residential building activity is above 30 percent, and that’s really driven by commercial towers, commercial activity occurring in Metro Vancouver. That’s a reflection that there’s still that demand in various professional services sectors, driving the need for more space.”

Residential homebuilding remains high, with about 44,000 housing starts in 2019, up about eight percent from the year before. Urban starts in particular showed a year-over-year increase of 26 percent. Population growth rates are solid, at about 1.3 percent, reflecting a lot of net in-migration, around 60,000 people per year.

There are many other elements that are helping boost B.C.’s economy, according to Bruce Ralston, Minister of Energy, Mines and Petroleum Resources (until recently Minister of Jobs, Trade and Technology).

Infrastructure spending on hospitals is a factor; several facilities are in the works throughout the province, including in Surrey, Williams Lake, Quesnel and Fort St. James. “Public spending on infrastructure is countercyclical,” Ralston says. “If there is a downturn, it helps boost local economies.”

B.C. is also leading the evolution of the cannabis industry, which was legalized for recreational consumption across Canada in 2018. Companies like Sundial Growers in Merritt and Maple Ridge’s Tantalus Labs are at the forefront.

Film and television production has long been a growth industry in B.C. Now Martini Film Studios, the first purpose-built film studio in the province, is going ahead in Langley. Canada’s largest such facility, at 600,000 square feet, will help anchor the local scene.

An affordable tax burden is another factor attracting international investment. Ralston points to Fujitsu Global as an example: the personal computer equipment company moved an entire division from Tokyo to Vancouver in part because of competitive business costs.

While there are many exciting things happening in B.C.’s economy, it’s the skilled people behind the projects that are perhaps the province’s greatest economic driver, according to Ralston.

“First and foremost, what I hear from companies that are here and are wanting to grow or that are coming here is that it’s the talent that draws them, the talent across the spectrum,” he says. “We have very talented people here, in part due to our public education system. We are also open to newcomers, people seeking opportunity who may not feel comfortable in the United States. B.C. is a popular place to be. The view from abroad is that people really value the talent they can find here.”